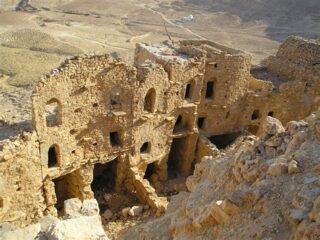 A tale of two ways

What was Sodom’s problem?

Q: If the story of Sodom and Gomorrah is a warning of what a family and society may become, what are they warning signs?

Q: God invites Abraham into a discussion on grace and justice for an entire society. What does Abraham and the reader learn from this discussion and its outcome about God and humanity?

Q: The threat of sexual violence in this story is sometimes used as an argument against all homosexual activity. Is that a fair or adequate lesson to draw from the story?

Q: A few years ago archaeologists discovered towns in the dry dead sea valley (the valley of Siddim in Genesis) that had been buried in an explosion of underground bitumen and petroleum products (see Genesis 14:10). The dead sea valley is a rift valley (created by a geologic fault line) that extends all the way into Africa and is thus prone to earthquakes. Given the number of towns discovered the archaeologists concluded that the valley had once been able to support agriculture, that an earthquake had ignited the subterranean petrochemicals causing an explosion that showed the towns and the valley in burning sulphur based salts. The same quake also appears to have extended the dead sea South. This tragedy can be dated to around the time of Abraham and the langue of Genesis 19 is the same language used elsewhere in the Old Testament to describe earthquakes.

As per the plagues of the Exodus the Bible implies that God, in judgement, may use natural causes yet amplify their effect to demonstrate that he is Lord over nature.