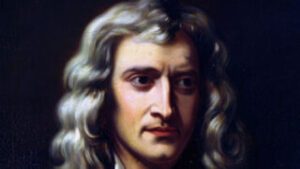 In July this year the Reason party in the Victorian State parliament brought forward a motion to remove the Lord’s prayer from the opening of daily sessions of parliament. The proposal was to replace it with an acknowledgement of country and time of quiet reflection. The change was warranted, they argued, because Australia is now a multi-cultural and multi-faith society. Many against the change said we need to preserve our Judaeo-Christian heritage and the values that established and maintain our country. Those in support of the motion, like the lawyer Duncan Fine in his opinion piece in The Age on 29th of July 2021 (1), argued that it was the Enlightenment which had produced most of what is desirable in our contemporary culture, even despite its embedded Christianity.

For me, both arguments had problems. First, the defence of the Lord’s prayer made Christianity sound like a dilapidated Federation house, with developers challenging its heritage overlay so they could replace it with a contemporary multi-unit development. Yet this undersells our needs as a society and Christianity’s capacity to meet them. Second, claiming that the Enlightenment had produced all that is good in our society while Christianity has acted as a break on this goodness is an historical version of fake news which, if taken seriously, will lead us into harder times not better.

Martin Luther famously said of reason that it is a whore (2) which was his colourful way of arguing against the influence of Aristotle’s writings in medieval theology and how those writings had usurped the place of Scripture. Luther was not against the use of reason, as his own writings prove, but he wanted to question the assumptions we feed it (3). We can relate to this problem in our day when we build precisely reasoned computer algorithms with undesirable and even tragic outcomes because all they can do is follow a limited path based on the data they are fed. So, to change Luther’s imagery, I think it is clearer to think of reason as being like a saw. We know any tool can only operate on the material that is given to it, we know different tools (different varieties of reason) have to be used on different materials and different tools produce different results on the materials we work with. A skilled tradie does not use a crafted tenon saw to trim trees or a bush saw to mitre fine wood. Likewise, we do not apply the method of isolating causes and repeating experiments used in of some forms of science (like Physics) to historical studies, where we cannot repeat history; or to medical studies, where causes in human beings are difficult to isolate and there are often ethical reasons for not trying to do so.

So, the task of the Reason party should be to define carefully what they mean by reason, its limits and what assumptions they permit to be fed to reason – which is what Duncan Fine’s article is an attempt to do. The assumptions he would feed into the tool of reason specifically exclude the possibility of God and God’s speaking in Christian Scripture. In other words, Fine would only feed secular assumptions to the tool of reason. Yet, curiously, he also presets the desirable social outcomes from his process of reason claiming it will give us more freedoms and establish what look like Christian ethical ideals about the treatment of women, the standing of minorities and the value of all human beings. By this Fine is demonstrating he is perhaps a more Christian man than his philosophy will allow him to admit. He wants all human beings to have inalienable rights that cannot be touched by despots and bullies. To put that another way, he wants us to be respected as the image of God yet without the teaching that would train us to fear God. However, if Fine understood more of modern history he’d know this unconscious ambition of keeping the benefits of Christianity while discarding its theology has not worked.

It turns out that reason is not only limited and shaped by the material we decide to present to it. Those during the Enlightenment who had hoped that reason would be a new deity to guide us forward, a simple, singular ground of certainty upon which to build the lives of individuals and societies, have also had to admit reason is not an ultimate value. To put that another way, reason cannot prove or validate itself on its own because when the material the tool is used on is itself, it jams and can find no justification for itself as itself. The justification for reason is whether the effects it produces on the material we choose to use it with are good or bad. And that is the problem. Deciding what material to present to reason, deciding which methods of reason to employ, deciding what is good and bad, what works or does not, what is desirable or beautiful, are moral, even aesthetic categories set by an authority outside of reason.

Thinking, as Fine’s secularism appears to, that reason alone will serve as our ultimate guide to a better future is a dangerous naivety that has given us many examples of its folly in modern history.

There are not only examples from the cynical compassion of the Third Reich or the USSR (4) of how a naive use of reason by secularism can impoverish us. Joan Wallah Scott in her book Sex and Secularism (5) contradicts the claim Fine makes that secularism produced the emancipation of women. She argues, rather, it required and reinforced female subjugation. Paul Johnson in Intellectuals (6) also examines the secular leaders of the Enlightenment and how loosely they played with evidential truth, moral consistency and the traditions that had enabled humanity to survive our precarious existence. It turns out that many of the intellectual founders secularism looks to are like our rock stars; compelling, inconsistent, addicted and dangerous.

This is why we find, contrary to Duncan Fine’s claims, it was not the Enlightenment that toiled for generations to remove slavery from the British Empire. It was not the Enlightenment that grew the middle classes from amongst the working poor of industrial England, rather, it was the revivals throughout the 1700s onwards. We find the suffragette movement drawing on Christian roots along with welfare laws, trade unions and schools for the wider population. Going back further, it was not the Enlightenment that worked for wide-spread health care, universities, orphanages, palliative care or the scientific method, which developed from early medieval Europe onwards (7). If the accomplishment of the French Revolution can be laid at the Enlightenment’s feet, as Fine insists, then it is a deeply ambiguous accomplishment and begs the question whether the enlightened will also take credit for the outcomes of the Bolshevik Revolution and other miseries wrought in the name of secular fed reason? (8)

I was recently given an surprising personal affirmation of these historical notes when a friend, raised in a more consciously secular environment than Australia, commented on his personal experience. My friend is from China and works in post-graduate studies at one of our universities. A summary of his comment is: ‘Australia is a Christian country… whether it believes that or not. The kindness and support that has been offered to me as a Chinese national at this time proves it…. Such things do not happen in places without Christian understandings.’

The past is a complex country to visit when looking for singular causes. So to claim that reason, and to mean by reason – the secularism of one limited form of the Enlightenment – has produced all that is best and admirable in our culture, on its own and despite religious opposition is simply wrong. Rather, the naive use of reason fed by secular assumptions has destroyed much of what defines us as human and what makes life endurable rather than cruel.

Contrary to the Victorian Reason Party and Duncan Fine’s idealistic fake news, full blooded Christianity has proven in battle it has greater capacity to nurture society than secular versions of the Enlightenment. Christianity will better equip us to face the present pandemic, economic strains and brooding wars. Christianity will also help us have the depth, courage and grace we will need to navigate a future of artificial intelligence, Islamic revival, the rapid dissolution of democracy, drastic climate change, economic collapses, social divisions, the threat of sustained global illness, futuristic surveillance and war equipment than any of the limping algorithms of pure reason. Why? Because for Christianity, reason is only one of the tools in the tool box, it is only one of the gifts of God we may use to work for better, more courageous, noble and loving lives. Why? Because Christianity addresses our inherit darkness, our hidden motives, our un-reason. It addresses our evil as well as our intellect, as well as our struggle to learn goodness or imitate sacrificial love. Why? Because Christianity brings us help from outside our frail system. It offers us grace.

We know from recent experience, our recent philosophy (9) and our algorithms that reason without humility, without constraint from the outside in the form of morality and especially revelation, will be reason without sanity. It will turn out to be logically anti-life and there will be no reply to the wrongs it can justify. Which is why we need to be reminded of the Lord’s prayer even if we don’t know how to pray or want to pray it.

It does not matter if you consider yourself religious or spiritual or you are simply someone with what Christopher Hitchens called ‘…a sense of the Numinous or Transcendent that separates us from the primates…’ (10) when the peasant from Galilee was asked about the universal human desire for prayer he taught about humbling ourselves before a purpose that is bigger than ourselves or our State (the hallowed name); to work for a better world (your will be done); to ask for the ability to be content and thankful (daily bread); to be realistic about our own wrongs and generous with the frailties of others (forgive us as we forgive others); to know that any good is hard won and kept but its destruction and waste is always easy and near (temptation and evil). In short, here are qualities, purpose and context for reason to serve under if it is to remain reasonable.

It is merely wise that our State representatives, of all faith commitments, especially secular ones, are reminded of this humility before they begin their daily work on our behalf.

1 Duncan Fine ‘Parliament’s paradox: Does your work day begin by reciting the Lord’s prayer?’ The Age, 29th of July 2021.

3 We have regular examples of control systems failing in our news feeds. The crashes of the Boeing 737 Max 8 aircraft in Indonesia and Ethiopia in 2019 where the control systems kept over-riding the human crews is one example. Another more subversive example is the demonstrated ability of social media algorithms to train our minds to remain attentive to their platforms by feeding us increasingly more socially divisive content.

4 The Deutsche Historiche museum in Berlin displays posters from the period promoting the euthanasia of disabled people as morally warranted and economically required. These public health campaigns developed to include race, sexuality and political convictions.

8 Victor Hugo, Les Miserables – a fictional work that struggles with the outcome of the revolutions and the Napoleonic Empire that followed. Thomas Carlye, The French Revolution. A history – is another blending of history and literature that gives us many demons to hate and few heroes to admire from this period.

9 Not only the critiques of reason given by enlightenment era thinkers such as Emmanuel Kant or Soren Kierkegaard but the critiques offered more recently in post-modernism which have at least shown the objective-subjective distinction in much enlightenment reasoning cannot be absolutely maintained. Curiously, also a point Jesus often noted as we. (e.g. John 9.39-41)